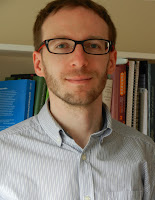 The author and the blog

I have been researching Russia's foreign policy with unrelenting interest for over ten years: as an academic, analyst, policy advisor and media commentator. Currently based at the University of Warsaw, I was a research fellow at the Aberystwyth University and the American University of Central Asia (Bishkek). I worked as an analyst at the Centre for Eastern Studies (OSW) in Warsaw between 2006 and 2012. Since 2014, I am Head of the China-EU Programme at the OSW.

My key publications on Russia-China relations include the monograph, which explores developments taking place between the two states in the aftermath of the global economic crisis, and articles discussing the role of domestic factors in Russia’s China policy and the state of the Russian discourse on China.

In this blog I am asking what does the future hold for the relationship between Moscow and Beijing, given their history, abundant in twists and turns, as well as the turbulent post-American international order. With old leadership in the Kremlin and a new one in Zhongnanhai, these questions become even more alluring. The blog’s ambition is to follow the Russia-China relations, providing readers with information, analyses and commentaries on the current developments. The blog also aims to keep readers updated with regard to the new literature on the topic, published in English and Russian alike.